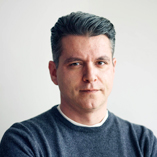 Founder and Creative Director at Duró, he presently also teaches at Pompeu Fabra University and at Eina, both in Barcelona.
He carries an intense activity as an illustrator and, since the founding of Ara newspaper, he has his own daily graphic opinion section.
His work has been published and awarded both national and internationally.
He collects old paper ephemera (which he uses in his classes, publications and talks) and piles up R’N’R 45s. 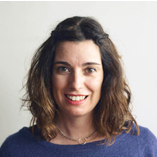 Barcelona, 1977. She has a BA in Advertising and Public Relations from the Universitat Autònoma de Barcelona and a Masters Degree in Design and Comunication from Elisava. She worked for the Media Planning Group for three years. Later she studied graphic design at the BAU School of Design in Barcelona. Pursuing an intensive free-lance career, she began to collaborate with Duró, where she currently specializes in branding and communication strategies.
She is currently Art Director at the studio.She teaches at Elisava-School of Design and Engineering “Corporate Identity” in the Degree in Design. She also teaches Advertising Creativity in the Master’s Degree in Graphic Design at BAU.

She does not understand the logic of short sleeve sweaters, among other things. 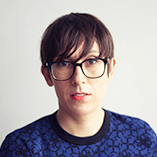 Barcelona, 1983. She studies Graphic Design at the Elisava School of Design in Barcelona. After she obtained her degree, she joined the Studio, where she is currently Art Director and Editorial and Branding Specialist.
A lover of typography and calligraphy, she taught lettering in the Packaging Design Master Program at Elisava, and currently typography in the Packaging Postgraduate Program at the BAU School of Design in Barcelona, the Graphic Design Master Program, also at BAU and in the Degree in Design at her alma matter, Elisava.

She’s been a bad cook by choice for years. 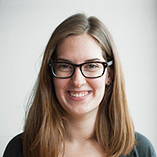 Barcelona, 1992. Graduated in Graphic Design from the Elisava School of Design in Barcelona, she started her career as a graphic designer at Duró, first as an intern student, and eventually settling as a junior designer.
Her passion and talent for editorial design are demonstrated in her editorial project ‘Disclosure’, a magazine with made her win a bronze in the Laus students awards.
During her college years, she collaborated in external projects like Dashboard Innovation Lab (an innovation project subsequently acquired by the Labco Group) and attended a course of printing techniques in Winchester School of Art, in England.

American films about colleges have marked her life, and she insists on the need of installing lockers in the studio and creating a group of cheerleaders.

People who at some point has been part of the team and has helped us to be who we are: